The Board of Management

Our Board members who represent the wider community, generously donate their expertise to support FinUCAre’s effective strategic management of the organisation.

The current Board of Management includes: 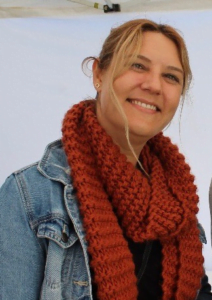 Kirsten completed her Social Work degree in 2014 and has worked alongside individuals and families in the Rockingham/Bindjareb (Peel) region for almost 10 years. Kirsten has practiced in mental health, family and domestic violence, and child protection.

Her passion is social justice, equity and helping create positive change for individuals, families and communities.

Kirsten is currently working toward a PhD at the University of Western Australia within the School of Social Work and Population and Global Health.

Kirsten lives in Mandurah with her husband and young child, and in her spare time loves to cook, read and sp

end time with her family. 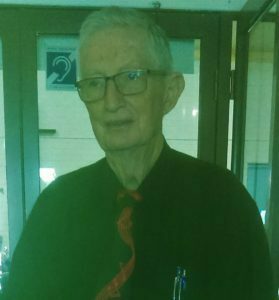 Keith spent his working life with Telstra. His last ten years were spent in a management role based in Melbourne.

Since retirement he moved back to Mandurah and has been involved in various organisations that help those in need in the community.

Keith was a founding member of FinUCAre in 2005 both as a financial counsellor and also as a board member. Since retiring as a counsellor he has served for many years as the treasurer of the board of Finucare.

Keith holds executive positions on the board of a number of organisations in Mandurah. He is also very actively involved in Mandurah Uniting Church and helps manage their emergency relief program.

Keith also belongs to a number of carers support groups. These groups have been a significant part of his life, as he faces the challenges of supporting his own daughter, who experiences various medical issues. 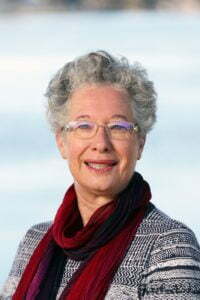 Coral is an 8th generation Western Australian who enjoys contributing to her community through volunteering. She has worked in State Schools as a High School teacher for 21 years; including PEAC, Aboriginal Education and English and Art subject teaching. She has held various positions in a number of organisations the Mandurah area including; The City of Mandurah (Councillor), Peel Planning Commission, Regional Development Australia, Peel (Chair), Peel Regional Leaders Forum and the Department of Housing Appeals Committee (Community Representative).

Coral has served in a number of positions within the Uniting Church in Australia including: Church Council at Mandurah UCA (Chair), Uniting Outreach Mandurah (Treasurer), Synod (Council) and has served on the Congregational Community Services Commission which is part of the Presbytery. Coral has been a congregational representative at Synod annual meetings for fifteen years. Coral has at times chaired the board of Finucare and has for many years served as secretary.

She is a director on the board of Winjan A

Coral has completed several courses in governance for boards presented by the commonwealth government and WALGA. She has also completed Safe Church training presented by Uniting Church Synod staff.

Coral is an exhibited visual artist and has worked as a truck driver in the mining industry in the Pilbara. She is a mum, an enthusiastic gardener, a beekeeper and loves to write poetry. 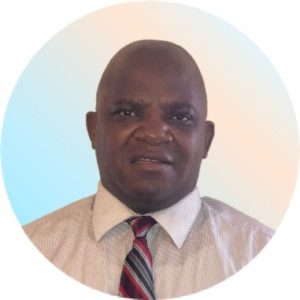 Fungai is currently a tax consultant with H & R Block Tax Accountants (Perth District, Australia). In that role, he assists clients in complying with their tax obligations.

Prior to this, he worked for various organisations as an accountant for more than 20 years. The most recent one being a Group Accountant at Xavier Corporate Services in South Africa. He successfully managed the group’s entire administration and accounting departments including company secretarial work and taxation. His strong passion for social justice, influenced by his own upbringing, led him to embark on legal studies which culminated in him being admitted as a lawyer by the Western Australian Supreme Court. He graduated from the University of South Africa in 2000 with a Bachelor of Accounting Science. He further embarked on a Bachelor of Laws degree with the same university awarded in 2014.

In Australia, he completed a Graduate Diploma in Legal Practice and a Master of Laws degree with the Australian National University. He gained a good and practical understanding of the Australian legal system through volunteer work with Legal Aid Western Australia. His main interest in law is anchored in addressing social injustices.

Tara was born and raised in the South Island of New Zealand, is of Maori descent and has lived in Mandurah for eleven years.  She is married to Albert and they have four children, ranging in age from 14 to 23 years old.

Tara is passionate about her community, which bought her to her current role as a Community Development Officer at the City of Mandurah.  Tara feels especially privileged to work with Mandurah’s Aboriginal community, developing and delivering the City’s Reconciliation Action Plan.  Tara has a keen interest in politics and public policy and loves to learn.

Tara feels fortunate to have the opportunity to go to Murdoch University as a mature-age student and graduated in 2015 with a Bachelor of Arts, with a double major in public policy and management and Australian indigenous studies.

Tara is excited to be on the Board at Finucare and sees it as an opportunity to learn, share skills and give back to the community. 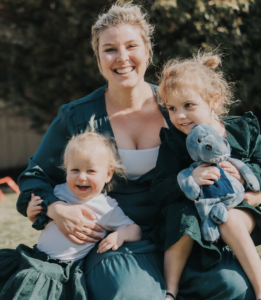 Monique is a single-mother of two beautiful little girls; Emmilou and Elliemae. She is a results-driven professional, with more than 20 year’s experience in community services volunteering and working with the vulnerable and in different capacities at all levels of government. Monique has a wealth of lived-experience and knowledge when it comes to understanding the complexities and intricacies of the NDIS. Her unique life experiences, combined with her degree in international relations and political science at ANU, is what makes Monique an authentic and compassionate ‘do good’er’. She has always been passionate about the most vulnerable people within the community and dedicated her life to pioneering change and opportunity for all.

Since the conception of her eldest daughter Monique turned her focus solely to those with unique abilities. Emmilou was born with VACTERLS Association; a rare disorder that affects many body systems, and was later diagnosed with a childhood disease to boot! Watching her child flourish despite all odds, and defy medical expectations is the greatest gift Monique could ask for.

She knows first-hand the influence a great support network, fantastic opportunities and sheer determination can have on individuals like her daughter.